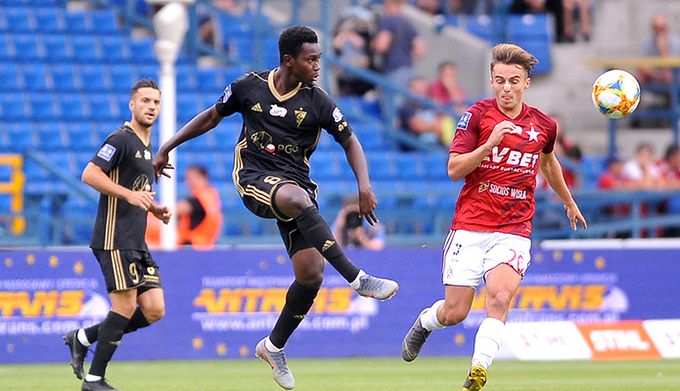 The 22-year-old was outstanding for Gornik Zabrze featured in 24 league appearances for The Miner in the Ekstraklasa during the season.

Moro as he is fondly called have four caps for The Gambia National senior team (Scorpions), making fine displays during the process to guide the Scorpions to top Group D of the Africa Cup of Nations qualifiers.

Born in Banjul, Manneh joined FC Barcelona’s youth setup in 2016, from Aspire Academy. In July 2017 he was promoted to the reserves.

Gornik finished the season on ninth position with 41 points after thirty games.