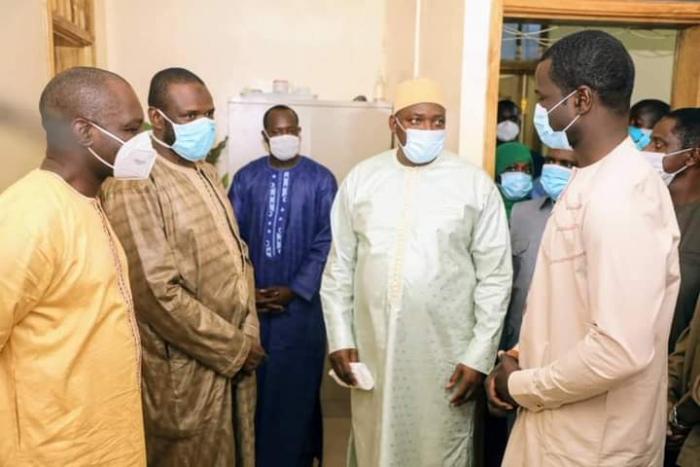 State House, Banjul, 4 November 2020: President Adama Barrow on Wednesday embarked on a surprise visit to various government Ministries at the Quadrangle which he said is not a “witch-hunt” but a monitoring exercise.

At the PMO, the President tasked the Permanent Secretary to lead the efforts in instilling discipline in the Civil Service by encouraging punctuality and regularity at work.

“You are given a responsibility in a position of trust and discipline is something that you shouldn’t compromise,” he stated.

While inspecting the Records Office at the PMO, the President raised concerns about the safety of the documents and challenges in accessing them on time.  Permanent Secretary Jawara was quick to say that they have already initiated the process of transitioning to electronic record keeping.

In all the offices the President visited, his message was clear, “work for the interest of The Gambia and not for Adama Barrow.”  He interacted with the staff and encouraged them to be disciplined, productive, and honest in the execution of their duties.

At the Lands Ministry, President Barrow engaged both the Permanent Secretary and Minister on the issue of land disputes. Permanent Secretary Sanyang, however, assured him that they were in consultation with the Justice Ministry to ensure the enforcement of court rulings in lands disputes.

Stressing that there is need to resolve pending land disputes, President Barrow said: “We are in a democracy and the courts are independent. I believe the judgements delivered are right and must be respected.”