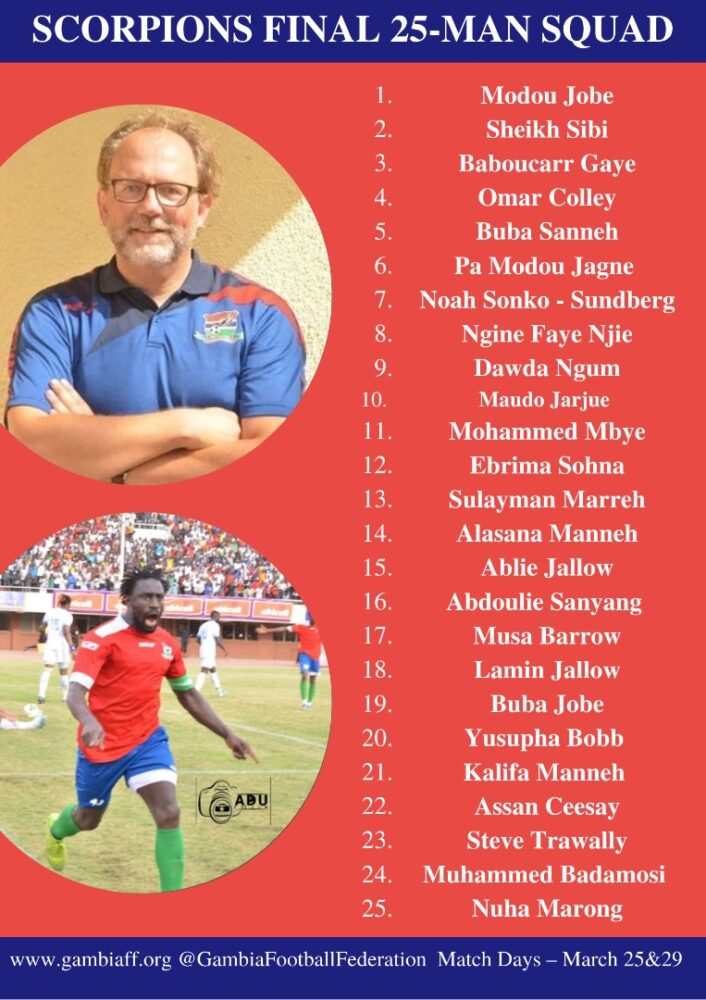 Coach Tom Saintfiet has released his final 25-man Squad for next week’s AFCON qualifiers at home to Angola and away to the DR Congo a week on Monday. Several players are not available due to injuries and/or travel limitations related to COVID19. The players and staff will arrive in Banjul on Monday 22nd March, via a Chartered Flight and will hold their first training on Tuesday 23rd March.