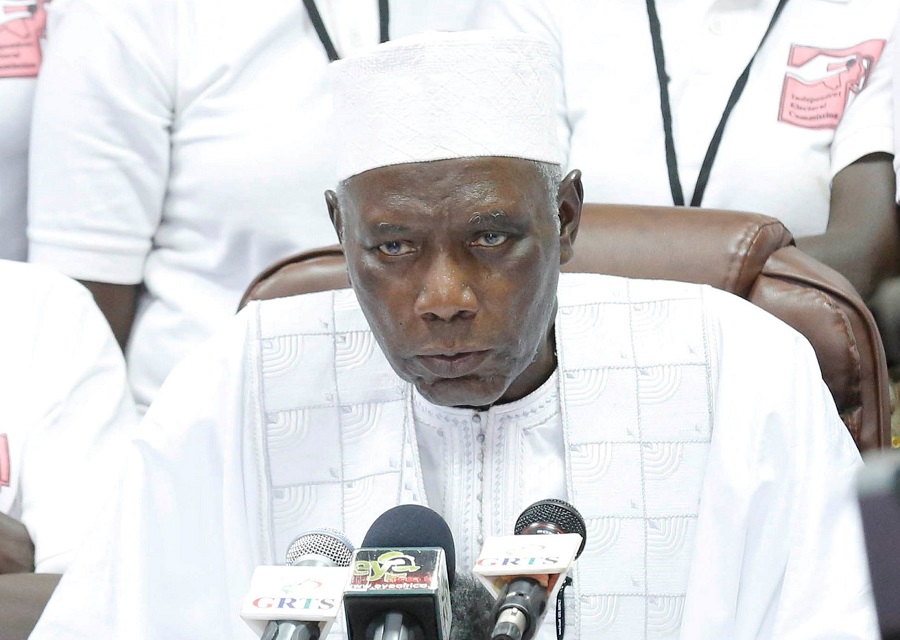 arely two days after the acrimonious debate in the National Assembly that led to the rejection of the 2020 Draft Constitution by supporters of President Adama Barrow, no doubt in cahoots with members of the APRC of former President Yahya Jammeh, stakeholders were summoned to a validation workshop for a draft Elections Bill, 2020. While there may not be direct connection between the two events, but obviously, the outcome of the former has some bearing on how most people view the latter.


It is therefore not surprising that conspiracy theorists have begun to accuse the government of trying to manipulate the law in order to further perpetuate themselves in power. As they say in Wollof, “if a ndobin (black bird) kills your grandma, you would be scared of anything black.” It seems people are now quite wary of the Barrow administration’s constant scheming of self-perpetuation and they tend to be suspicious of anything initiated by the regime. It is therefore not surprising to see some aspects of the Bill being vilified on social media, with some people accusing the government of attempting to do away with on-the-spot counting of votes, which was one of the things credited for the defeat of former President Jammeh in 2016.

While it may not be quite true that the Elections Bill, 2020 has proposed discarding of the on-the-spot counting, but it is certain that the confusion may have been caused by sub-sections (1) and (2) of Clause 74 of the Bill which read; (1) When the Presiding Officer completes the requirements of section 72, he or she shall make adequate arrangements for the security and transportation of the ballot boxes to the counting centres designated by the Commission.

It however went on to indicate in sub-section (1) of Clause 75 that; “(1) The counting of votes shall take place at polling stations under the direction of the Presiding officer in accordance with the provisions of this Act.”

May be, if they had not already done so, the drafters of the Bill should try to harmonise the apparent contradictions of those two clauses in order to re-assure members of the public that there is no intention to prevent on-the-spot counting.

This situation certainly looks like a big retrogression because we did not expect the number of registered voters to decrease, but instead, we expect them to increase drastically. Where then is the equity in representation, which should be the hallmark of democracy? In such a situation, we will then get a scenario where a constituency like Kombo North with likely more than 100, 000 registered voters being more than 50 times bigger than Jangjangbureh with less than 2000 registered voters. That certainly does not make any sense to expect the representatives of those two constituencies to get the same salary and treatment in the National Assembly or even in the eyes of the general public when there is such population disparity of their constituencies. Obviously, such a system is not compatible with the most basic tenets of democracy as the votes of the people of Janjanbureh seem to have 50 times more value and weight than those of the people of Kombo North, and yet the two representatives are expected to have the same voice in the National Assembly, which certainly does not make any political sense. Even in the most primitive societies, such a situation is quite inimical to equal representation and therefore it is unacceptable in a country like the Gambia that claims to be a budding democracy.

Since then however, no such bill had been brought before the National Assembly to establish the Constituency Boundaries Commission. What we saw instead was the transformation of the chieftaincy districts into Constituencies. This created an absurd form of Constituency demarcation which enabled the Jangjangbureh Chieftaincy district, for instance, with slightly over 1,500 registered voters then to have the equal right to elect one member of the National Assembly as Kombo North which then had about 60, 000 registered voters, or Serekunda Central and Serekunda East, both of which then had over 30, 000 registered voters each.

It is unfortunate however that despite the IEC having all the time in the world to rectify that anomaly, they still did virtually nothing about it. Here we are in 2020, almost a year to the next Presidential elections, still stuck with that inequitable electoral system, with the biggest population disparity of electoral constituencies found anywhere else in the world.

We can also recall that it was one of the areas in our electoral system that the Commonwealth Observer Group, led by former Nigerian leader Abdusalami Abubakar during the presidential elections in 2006, criticized and recommended its correction before the 2012 National Assembly elections.

It further went on to say; “Following the 1996 Presidential and National Assembly Elections the then Chairperson of the IEC (Bishop Solomon Tilewa Johnson) had commissioned a report to revise the constituency boundaries so as to better reflect demographic changes and population movements that had occurred since the boundaries were last set. The recommended changes were not implemented after the Chairperson was removed from office.

“However, the Group sees a clear need for the constituency boundaries to be reviewed in order to better align the numbers of voters in each constituency, and hence to bring them more into line with the ‘one vote, one value’ principle that is fundamental to a modern democratic structure. Whilst it is probably too late to do this in time for the 2007 National Assembly elections, the boundaries should be reviewed as soon as possible thereafter.”

It appears however that the IEC never had the courage to do anything about it, knowing how passionate President Jammeh and his APRC administration were in maintaining such a system to their advantage. And of course, taking a cue from what happened to Bishop Johnson when he made such a bold attempt to correct the anomaly, his successors thought it wise not to do anything that would provoke President Jammeh.

However, with the new dispensation, everyone expected that correcting such an anomaly would have been the IEC’s very first priorities, but that was not to be. Instead, hardly anyone had seen what the Commission had been doing since December 2016. Now, with the connivance of the Attorney General’s Chambers, they are giving us a half-baked solution in the proposed Elections Bill, with the unacceptable population disparity between the constituencies as big as they had ever been. Instead of moving forward to an equitable electoral system, we seem to be still groping in the dark tunnel of poor judgement and indecision.