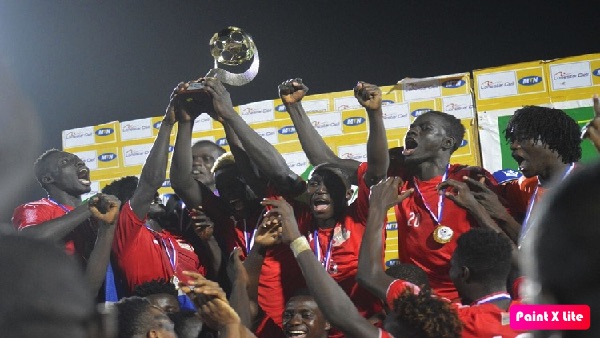 Gambia Under-20 coach Mattar M’Boge has picked a list of 32 players he wants to train and select for the West African Football Union, Wafu, Zone A youth championship slated for next month in Senegal. The tourney will also serve as the qualifiers for the 2021 Under-20 finals, the (African youth championship) to be held in Mauritania.

In 2018, The Gambia won the Wafu Cup at this level and finished at 3rd place the following year. The country also qualified to the CAF Under-20 championship in 2007 in Congo Brazzaville.

According to the coach, he intends to train his selected home-based players at the National Technical Training Center (NTTC) from Sunday 18th October, if the current restrictions on sport events are lifted or eased. “I really can’t wait to get back to training and start working and developing these players to fulfill their dreams of becoming professionals and play at the highest level. That’s my job as their coach,” Mboge who won this trophy in 2018, said. The tournament, to be hosted in Senegal is scheduled to start from Friday 6th – the 15th November 2020 and it is the first time that CAF would use WAFU A at this level to determine a qualifier to the next U-20 AFCON in 2021. There is only one qualifying spot available in WAFU ‘A’, meaning that The Gambia must win the cup in Senegal to get to the 2021 U-20 AFCON tournament in Mauritania which has automatic place as host.

“We know that as hosts and defending champions, Senegal will be amongst the favorites, but we will also join them thanks to our strong record in the past two tournaments. I’m looking forward to the fierce competition for places and we are confident that we will have a team that will be able to compete amongst the best as always and carry the Gambian flag to higher heights,” Mboge commented.

He noted that overseas players who are eligible for U-20 selection will also be considered but “bearing in mind the current COVID-19 crisis, travel restrictions and quarantine rules, it may be difficult to involve them. In any case, we hope to have a strong base of domestic players that can be strengthened with our players competing abroad.”