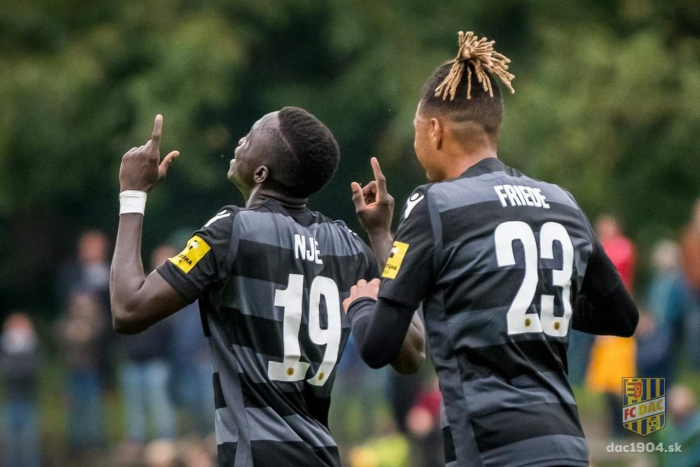 The 19-year-old versatile midfielder put his name on the score-sheet and also produced a fine displace for his Slovak football club.

Njie made his professional Fortuna Liga debut for Dunajská Streda in an away match against Spartak Trnava on 21 June 2020.

He came on as a late stoppage time replacement for Eric Ramírez, with (DAC) eventually winning the game 2-0.

In the subsequent match he debuted, featuring in the starting-line up against champion side of Slovan Bratislava, with DAC suffering a 1-3 defeat at home to MOL Aréna. Njie was replaced by Andrej Fábry after over 70 minutes, in an effort to score.

According to Fallaboweh, Sainey Njie said that he was so happy scoring during their league cup win, while hoping to do more of that.