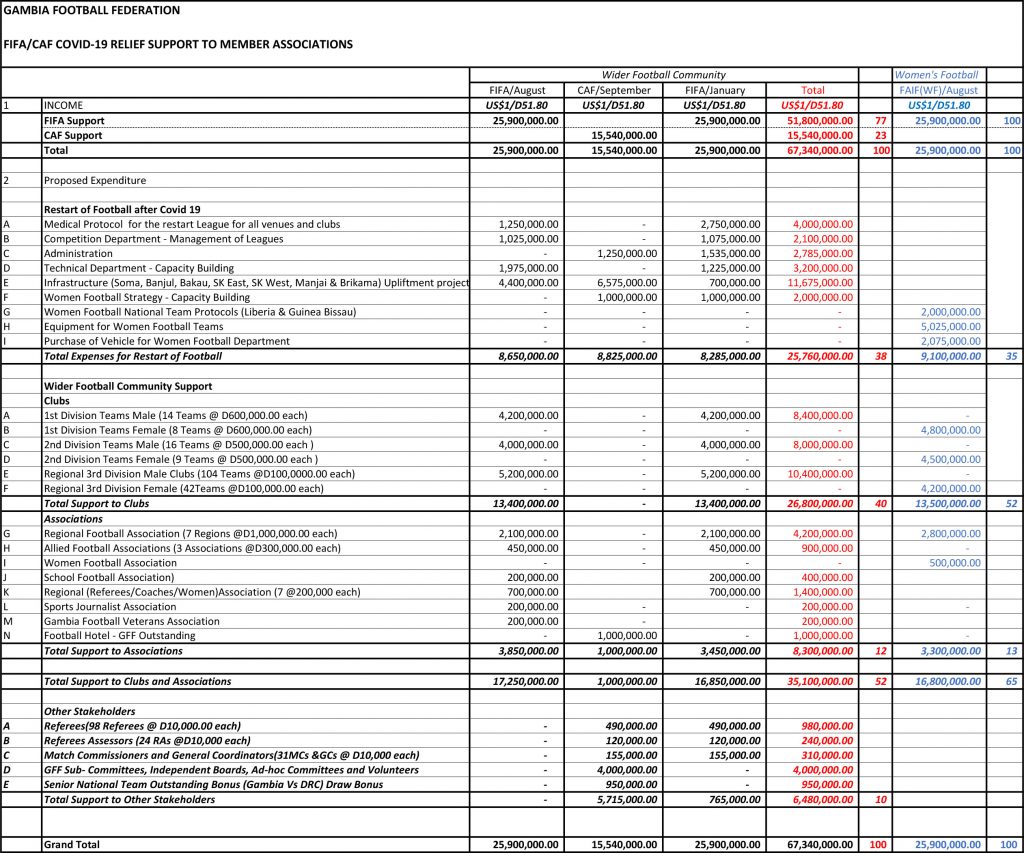 The Gambia Football Federation yesterday announced it has approved the budget and finalised the appropriation of the FIFA Covid-19 Relief Support to the football family after completing a vigorous stakeholder consultation and in line with FIFA regulation guidelines.

According to the GFF, the funds are earmarked for the restart of football, and support to the wider football community of all member associations of FIFA, adding that it is primarily meant to ease the negative impacts of Covid-19 pandemic that halted football activities across the world and led to financial losses to the football community.

“For an equitable distribution of the funds, the GFF has devised a scheme for all Clubs, Regional Football Associations, Allied Associations and the wider football family to request for the release of the funds into their various accounts. It must be noted that FIFA has mandated the Executive Committee of each member Association to appropriate the funds as they deem necessary after which a report would be submitted to the FIFA Secretariat in Zurich. The GFF further wishes to remind the general public that football would return to normalcy when it has been declared safe to play by the Health Authorities and as such preparations for the resumption of competitions are also part of the regulations and guidelines for the wise use of the Covid-19 Relief support.

All clubs, Allied Associations, Regional Football Associations are required to submit the completed and signed forms sent to them to formally request for the funds through the GFF General Secretary. Upon receipt of the forms of each eligible recipient and the approval by the President of the GFF, payments will be made directly into the bank accounts of the beneficiaries”, a statement signed by secretary general Lamin Jassey concluded.

Meanwhile, The Standard yesterday confirmed the finalised budget and method of disbursement tabulated in this table. 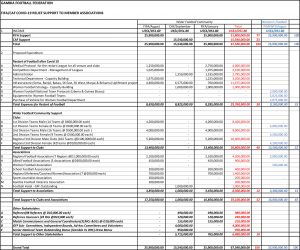