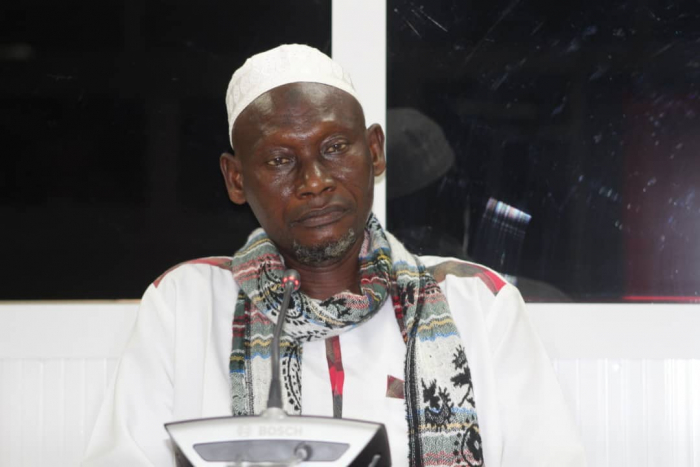 Narrating the incident, Alkalo Jagne explained that the boys in his community brought a man who was looking for relatives from Ghana Town. He said the man told him the reason for their arrival and that they used a boat from Senegal to Gambia in order to board a vessel but they arrived at a place in Gambia where they didn’t know.

“He narrated to me that the police came to them, questioned and took them to a big hall. He said they were Ghanaians but there were Senegalese, Nigerians and other nationals. He said a pick-up came and 10 of their people were taken away by people dressed in black. He said the place they took them was in the forest and they were taken two after the other. Anybody taken away would never come back and he used to hear gunshots.”

The alkalo further explained that the Ghanaian man told him there was a tough man who suspected something and decided to attack the guards who kept them. He added that the man continued that it was the time they jumped from the pick-up and he ran to beach, where he saw boats and realised the place is a fishing ground. Jagne said the man walked through the beach to Ghana Town.

As we were discussing about the issues, the witness stated, that the second man came in and narrated that when the problem arose, he got the chance to escape from the pick-up. He added that was how he was brought to his (alkalo) compound.

“I gave them food and water to take bath. They told us they were tired and we gave them place to relax. I later called the Ghanaian community chairman and narrated the matter to him. He asked me to wait and he would call the Ghanaian counsel officer in The Gambia.”
“At 2 p.m., after my prayers, I was asked to answer to the Police Intervention Unit and upon arrival, they told me they found dead bodies at the forest. I went around with police and others to check the bodies but I didn’t recognise anybody from the community. I saw eight bodies with blood coming out of them and one of them was having a Ghana’s tribal mark on his cheeks.”
From the forest, the alkalo stated that he phoned the counselor who asked him to take the two Ghanaians to the Police Station because he believed they would be secure in police custody.

He added that in the evening, they went to the station but were told that the two were taken away; saying he later didn’t know anything from them.