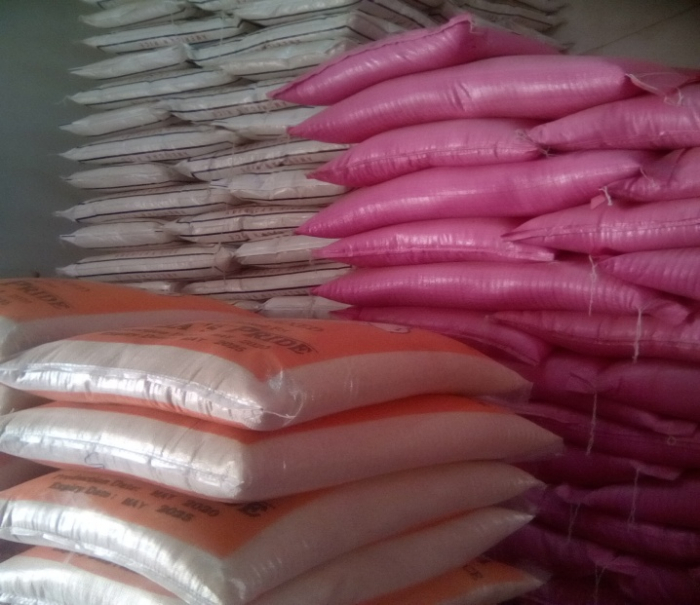 “Following a massive food aid package in excess of Seven-Hundred Million Dalasis at the outbreak of the Covid-19 pandemic in early 2020, President Barrow instructed an additional Two Hundred and Twenty-Two Million Dalasis (D222,000,000) taxpayer-funded rice distribution scheme targeting The Gambia’s poorest and most vulnerable communities across the country,” according to the Office of the Government Spokesperson.

“Last month, Agriculture Minister, Hon. Amie Fabureh in collaboration with The World Food Programme (WFP) launched the second phase of President Barrow’s food programme affecting the poorest households in the municipalities of Banjul and Kanifing.”
“Earlier this morning, Hon. Fabureh accompanied by Ministry officials and the WFP Country Director, Mr. Yasuhiro Tsumura officially launched the Rural Phase of the free rice distribution scheme and witnessed the distribution of rice affecting 39 households in Pacharr Sana village in the Central River Region (CRR). On completion, a total of some nine thousand, three hundred and thirty-four (9,334) households in the CRR will benefit from this massive Gambia Government food aid.’

“This emergency food assistance targets some three hundred and forty-two thousand (342,000) people, forty-two thousand, seven hundred and fifty (42, 750 households) across all regions and municipalities of the country as part of its COVID-19 response. Each household will receive a 50kg bag of Rice per month for a period of four months; February to May 2021.”

“At a time when the country is witnessing a surge in the number of COVID-19 cases worsening the food and nutrition security status of the most vulnerable, The Gambia Government seeks to protect livelihoods and cushion the vulnerable households from hunger.”

“In the spirit of private sector investment promotion in agriculture as enshrined in the National Development Plan (NDP), two hundred and fifty (250) tons of the rice is cultivated in The Gambia by Maruo Farms; a private investor in the cultivation and marketing of rice.  This will encourage Maruo Farms and provide market and income to those farmers in contract farming arrangement.”