Fond memories of his brutal annihilation of Liberia still linger.

The year was 2008 and the fixture a World Cup qualifier before a sold out Bakau Independence Stadium after the first meeting had ended 1-1 in Monrovia but not without some trace of tragedy trailing the game’s aftermath.

Gambia ran out victors with a near one-man show from powerhouse Njogu Demba in the form of two goals as Ousman Jallow shoved in the third against the fancifully battered Lone Stars.

Unanimous claps was the norm in appreciation of a sterling performance as home fans were not in the habit of issuing standing ovations. However, on this particular occasion, it happened for Njogu, with some enthusiastic supporters even risking beating security lines to offer him an embrace.

In return gratitude, and determined not to savour the adulations alone, Njogu humbly bowed amid rapturous noise. It was a breathtaking night. And rightly so, Caf capped it off by awarding Njogu the best African player that week.

Flipping the pages to events in 2006, this bamboozling starlet may not have played for Gambia despite being born here and departing the country’s shores as a 9-year-old.

To spare you the prolong details, this kingpin topped Sweden national team coach’s radar or rather the Scandinavian nation FA’s many priorities.

The 2006 World Cup qualifiers fast beckoned as Sweden looked to assemble a solid team headlined by the flamboyant Zlatan Ibrahimovic.

Demba qualified to play for Sweden by residence and was, by this time, on fire for the Danish Super League’s Esbjerg fb, scoring 21 in 61 games. Sweden’s plans to have him naturalised were in its baby steps before the late OB Conateh walked into the scene to tip the balance in Gambia’s favour.

“Well I stayed in Bakau only the first 9 years of my life then moved to Sweden. I used to sit and draw my own maps of Bakau when I moved to Sweden in order to not forget my beloved home,’ he said, paving for a dive deep into the interview.

“At this period, I was hoping that Sweden would contact me. I was doing really well in my club. I had a coach that believed in me and wanted me to wait for Sweden to invite me,” he recalls.

Continuing, he ventured again: “You know as a professional, you always want to represent your country. Yes I did dreamed of playing for Sweden and represent them and I would’ve most definitely said yes if they had called me in.

“There were discussions going on. But during this time, Gambia was never really in my plans until my uncle O.B Conateh called me. He went straight ahead ordered me to come play for my birth country or else they would “yap” (wollof meaning for acting rude) him at the FA as he said it. He was by that time the GFA president and I wouldn’t want anybody to diss my uncle over me. So I took that decision to come and play but my coach at Esbjerg wasn’t very pleased with that as he was convinced that Sweden was going to call.”

With the Greek League title in his trophy cabinet, so much euphoria heralded his move to endorse starring for Gambia.

Excited commentators in Banjul dubbed him the answer to a long search for Gambia’s version of Samuel Eto’o.

The talisman accepting to play for Gambia under coach Jose Martinez meant responsibility of occupying the vacant iconic number ten jersey rested on his shoulders.

He was brought in to fill the void created by Jatto Ceesay’s departure who felt betrayed hence his decision to prematurely retire internationally. Njogu would don the scorpions’ colours six years on before stepping aside in 2012.

“Well by then I only knew Jatto by rumors of being a great playmaker. I was going to come in as a dynamic striker who could hold on the ball when I got it and also try to create more playing space for our creative midfielders. I wanted to make sure that I would deliver what I was called in for and knew that the expectations would be high. I loved it,” Demba now, 40, said. 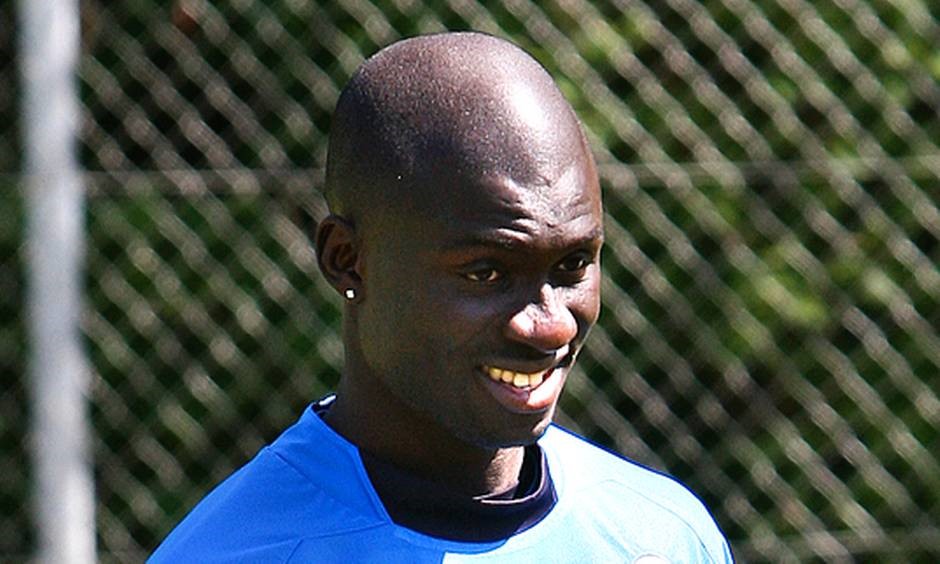 A bomb on his day in the pitch, Njogu won over fans with his step-overs and assists including ability to hold up play.

Like most African players have to begin with, the towering goal-poacher led an interesting street life as a teenager. There was obvious peer influence but football would be his escape route.

“My early teens life was a lot on the streets. We lived life as teenagers did back then and perhaps also now. It was more about having fun no matter the cost. We simply did what fell into our minds as teenagers,” he said.

The Road to becoming Gambia’s Most Expensive Footballer

As a teenager, he signed up for home-town club Falu BS and caught the eye with his 23 goals in 31 outings leading Swedish premier league side Hacken BK to come clamouring for his services. 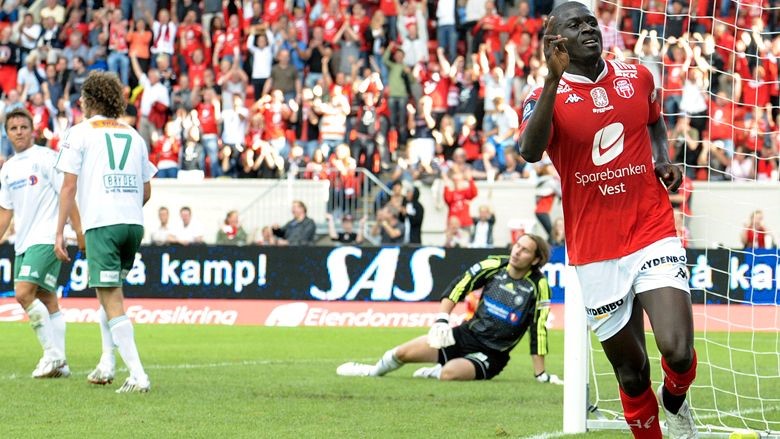 This paved the way for a later transfer to the Greek League with sides like PAS Gianninia from 2001-2002 then Aris (2003) to Bulgaria’s Levski Sofia and Panathinikos. Esbjerg fb followed before SK Brann Bergen of Norway on a whopping one million euro transfer price tag, the most expensive Gambian footballer at the time -a record he held until in 2015 when Mustapha Carayol broke it by joining Middlesbrough FC.

At height of his powers, the Bakau-born was drawing comparisons with Sweden great Zlatan Ibrahimovic during their formative years. The latter’s career however took off unlike Njogu who seemed to have stalled a bit by then.

Offering to explain this, he told Gambia News: “It’s kind of hard to point out what exactly stopped me from reaching his heights (Zlatan’s) as there are many aspects that play role in one’s development. Going in to details will be too much. But you have injury history, family and social network support, agents and decisions we make. All of that are important factors to look at.”

Epitome of class being permanent and style being temporary, Demba hung up his boots in 2015 with lower league side Dalhem IF.