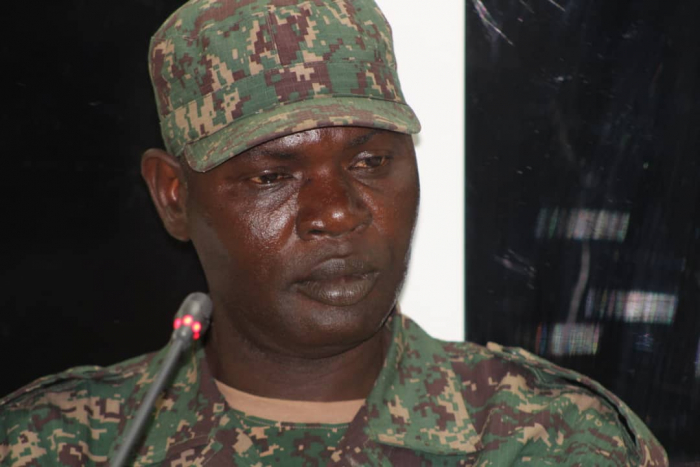 Narrating the incident, he said he was on duty in Kanilai on that day when Tumbul Tamba told him they were going on patrol.

“Sanna Manjang, Solo Bojang, Malick Jatta alias Alfidai all entered my vehicle and we left Kanilai. The ‘junglers’ were the most drunken and the worst of all junglers.”

He said the three who boarded his vehicle participated in the killings of the Ghanaians; adding he was only a driver in that operation.

“Malick Jatta was armed with a PGL weapon which contained the grenade launcher and bullet mouth, while I and Solo Bojang had AK47s. I was not briefed about the operations. It was my first day to go with the junglers for an operation.”

He said they went to Baba Jobe’s compound and upon arrival; Solo brought out the detainees and tied them, while Sanna Manjang and others guarded his vehicle.

According to him, after taking the migrants from Baba Jobe’s compound in their large numbers, they drove back to Kanilai and took them to a place behind the Kanilai Mini Stadium, deep in the forest and executed them.

He said it was a lie when Malick Jatta said he saw Martin Kyere running but felt sorry for him and didn’t kill him; adding that he saw Mr. Kyere going but he didn’t do anything.

According to the witness, when one of them was shot and thrown into the well, Malick Jatta threw a grenade inside the well and it exploded.

Explaining how eight other West African Migrants that boarded his vehicle were killed, the jungler said they were shot one by one and thrown into a well.

According to Sillah, the migrants were tied like cattle and as a result of that, he even had a beef with Solo Bojang; adding that they later took the second batch of victims to Bunuborr Forest, were Sanna Manjang, Malick Jatta and Solo Bojang shot and threw them into a well.

“In that batch, 20 were executed making it a total of 39, in which Jammeh was very aware.”

On the cases of Almamo Manneh and Landing Sanneh, he said while at Kanilai, Musa Jammeh told them that the duo were planning to overthrow Yahya Jammeh.

He said there were two pickups from Kanilai with soldiers armed with AK47, led by Musa Jammeh, saying Ousman Sonko and team left State House and converged at Sting Corner to meet Almamo Manneh

He said at around midnight, the soldiers including himself, Ismaila Jammeh, Ousman Sonko, John Mendy alias Patrong and Alagie Martin went to Landing’s residence. “Mr. Sonko negotiated with Landing Sanneh for so long but Sanneh refused to open his door and all of a sudden there was a firing. Ousman Sonko was among those who fired. Sanneh came out from the back door and he was not wearing a shirt, in which blood was oozing from his hand as a result of the gunshot.”

The witness said from Landing’s house, Sonko informed them that Manneh was killed.