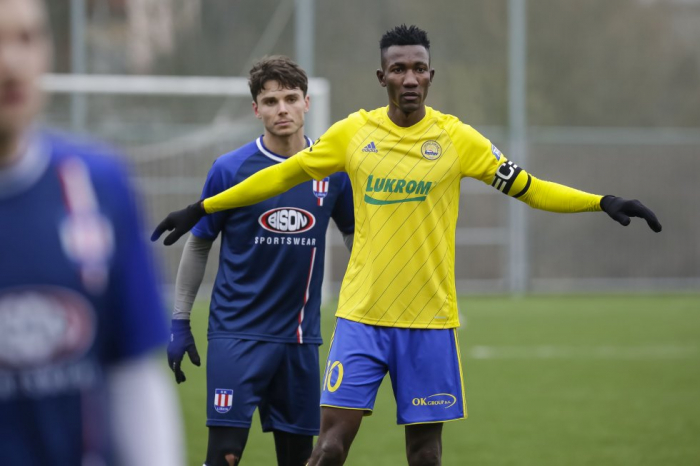 The 25-year-old netted his side’s third goal in the 54th minute of the game with a fantastic finish after an assist from Tomas Poznar.

Antonin Fantis and Petr Jiracek scored the two early goals for FC Zlin in the 23rd and 49th minutes respectively, while Peter Stepanovsky scored the only consolation goal for FC Zbrojovka in the 27th minutes.

According to Fallaboweh, the former FC Vysocina attacker was elated after his performance over the weekend and promised to go all out in subsequent games.

“This is important for me, because I was in very good form when I arrived here in Zlin from the second division. I adapted very fast but the coronavirus stopped everything right after my first goal so afterwards, we started training. I had a lot of minor injuries that disturbed me a lot and I lost form which led to me missing the first match of this season.” Jawo stressed.

“During preseason, I was back to form and played two international friendly ties and scored 3 goals with 2 assists. I got injured again which led to me missing the first match of this new season. In our last game, the coach brought me in during the second half and I assisted. I was rewarded with a start and I am glad to make a difference.”

Jawo has now assisted two goals and scored one goal after two matches for Zlin in the Czech Liga so far.