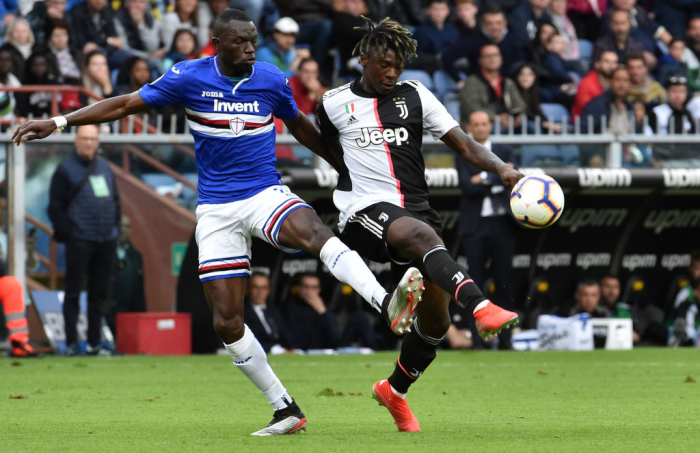 The 27-year-old is in his prime and has impressed with his organisational skills and reading of the game.

Jurgen Klopp’s side are likely to be in the market for a new central defender this summer after cashing in on Dejan Lovren, who left the club to join Zenit St. Petersburg earlier this summer. It leaves just Virgil van Dijk, Joe Gomez and Joel Matip as options.

Italian website SampNews24 claimed that Liverpool and Burnley have joined the race to sign Lamin-born Omar Colley, who only joined Serie A side Sampdoria from KRC Genk in the summer of 2018. He has a contract at Sampdoria until 2022.

The report states that Liverpool are not alone in their pursuit for the Gambian international. Indeed, Liverpool and Burnley are said to have joined West Bromwich Albion, West Ham United and Celtic in the race to land Colley.

Italian outlet Calcio Mercato claimed Sampdoria will not consider offers of less than £9million for Colley – but that could see Liverpool sign the Scorpions defender for a fee smaller than the near-£11million received for Lovren.

Liverpool supporters have reacted on Twitter to the reported news that they had joined the race for African defender Colley, and some are keen to see the Sampdoria defender in a red shirt.

“Decent player but we need Thiago or Sarr/Doku. We should just use Fabinho or Koumetio as our 4th choice.”

Colley has made 52 appearances for the Serie A club since a move from Genk and appears to tick all the boxes Klopp needs.