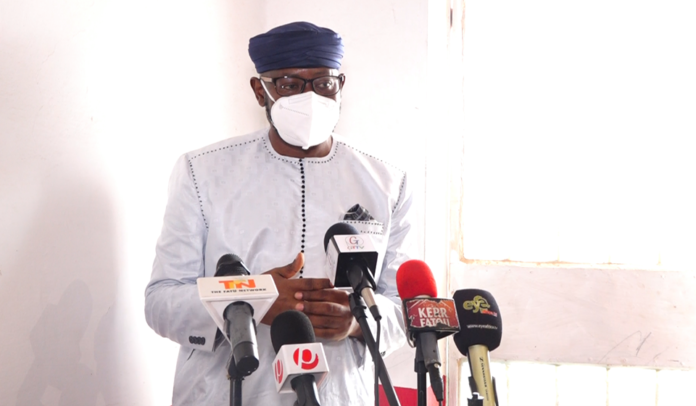 “Based on the acts of public encouragement by the State and the NPP to disregard public health regulations, no institution or authority within the government has the moral or legal authority to issue such irresponsible public notice,” he further stated.

“The entire world bears testimony that the current tour of the Head of State with the massive crowds it attracts, intentionally defy all health regulations, with impunity.”

The former Interior minister noted that “the timing of such an ill-advised tour during the pandemic, and the intentional failure of State authorities to enforce the Covid Regulations against the Executive delegates with the massive crowds that grace their functions, have deprived the State the temerity to preach safety.”

He pointed out that, the reckless political tour during this pandemic, intended purely for campaign consequences, means officially 2021 campaigns have begun, adding that throughout the tour, not a single policy statement was uttered, meaning that –  “it’s all about political campaign vibes, stories, etc.”

“Clearly, this tour is intended to distract attention from the public backlash arising out of the disgraceful draft constitution 2020 fiasco. It demonstrates, unquestionably, that this government cares more about self-perpetuating rule than the lives of Gambians.”

The GMC leader said that “just like how the government killed its own draft constitution 2020 bill in parliament, the same government is willfully violating its own the Covid regulations. No one should take them serious because they don’t take themselves serious.”

He therefore, said that the public should resist all legal attempts at selective enforcement, adding it’s against equal protection clause and unconstitutional.