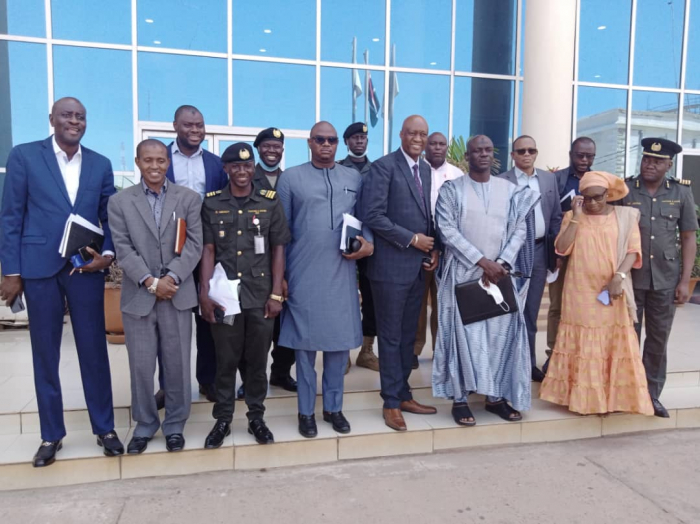 Ousman Bah made this disclosure in an exclusive interview with The Point at his office in Banjul recently.

“Mali wants to see buses traveling from Banjul to Bamako, enjoying free trade movement between The Gambia and Mali. The objective is to strengthen the bilateral ties between the two countries to improve trade facilitation in our sub region,” Mr. Bah said.

Mr. Bah also disclosed that the Malian delegation was in The Gambia to meet the Gambian authorities and discuss the possible solutions in connection with the interstate transit barriers across the Senegalese borders.

According to Mr. Bah, Mali wants cooperation and collaboration with The Gambia in ensuring that buses and passengers carrying essential goods plying Banjul and Bamako move to a higher level in terms of trade and also improve revenue collection.

He also challenged the Senegalese authorities to put an end to transit barriers in the sense that no country can develop in the absence of a vibrant economy. “Therefore, there should be a guarantee of free movement of peoples and goods in our sub-region.”

“In this 21st century, no country will succeed when businesses are slow. Therefore there should be free movement of peoples and goods in a bid to boost our economies.”

Commenting on the GRA’s 2020 revenue performance, Mr. Bah seized the opportunity in extolling what he called the strong leadership of the GRA. He said GRA management has built a strong team around them who are patriotic and loyal Gambians. He described the staff and management of GRA as hardworking and a strong leadership that has foresight and love for The Gambia.

The GRA is tasked by the government to collect D12.8 billion in 2021; however, Mr. Bah said this is achievable, considering the commitment of people at GRA, but points out that GRA cannot do it alone.

“GRA is seeking for all hands on deck to ensure that people pay their tax and on time.”

He emphasised the importance of tax payment to the government, saying that most of the infrastructural developments including payment of salaries cannot be realised in the absence of tax payment.