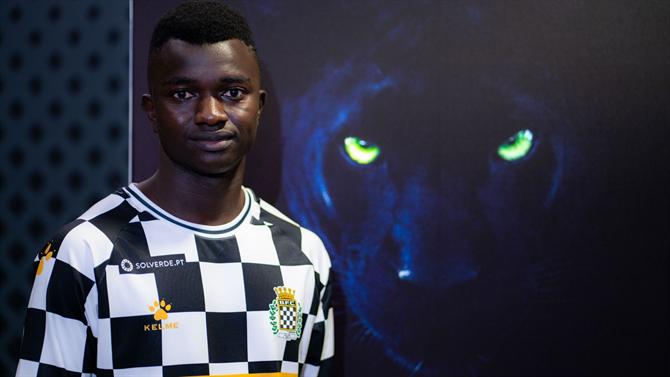 The 18-year-old came from the youth rank of Chievo Verona and was signed by Bologna last season and scored one goal in eight appearances for Bologna first team last season.

“I am very excited to be here. When I was told about this possibility I never doubted it and now I want to start training with my new teammates”, pointed out the winger, in a note published by the ‘chess players’ on social networks.

“I’m here to fulfill a mission. When a club hires you, you have to show who you are, work hard and meet people’s expectations. It won’t be easy, but I’m here to work hard”, he guaranteed.

The Gambian international lost his parents as a child, and was raised by his grandfather and arrived in Europe in June 2016, when he traveled six African countries to cross the Mediterranean Sea by boat, on a trip intercepted by the Italian Navy next to the island Sicily.

Installed in a refugee camp, Musa Juwara sought asylum and was moved to the province of Potenza, joining Virtus Avigliano, a local amateur club where he met his adoptive parents and attracted the attention of Chievo Verona.

The Italian Football Federation has placed barriers to signing the striker, due to a policy that tries to prevent the exploitation of young migrants by football clubs, but the young man won the legal battle in November 2017.

The Tujereng-born player, Musa Juwara is the 17th reinforcement made officially by Boavista and is part of the Scorpions training camp in Portugal.

Boavista occupies 14th position of the Portuguese I Liga, with only two points out of nine possible points, and will face Vitória de Guimarães on the weekend of 17 and 18 October, at Estádio do Bessa, in Porto, in a meeting of fourth round.