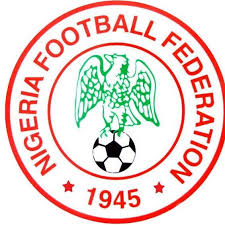 Rising from its executive committee meeting held via video conference, the NFF in a communiqué, disclosed the sharing formula for the palliatives, explaining that it decided to distribute the money after due consultations with the sports ministry.

The Executive Committee of the NFF approved a schedule of payments and released a breakdown of beneficiaries.

The total sum which will be distributed in two tranches is made up of $1,500,000 FIFA support fund for operational support with $500,0000 of the sum solely dedicated to women’s football.

While the funds have been sourced in US dollars, the NFF say the disbursement will be made in naira with the exchange rate pegged at the CBN approved N386 exchange rate.

According to the breakdown released by the NFF, the women football will receive only $500,000 and while $1,500,000 will be distributed across men’s football.

The funds to be distributed will cover various professional and amateur football clubs, and governing bodies of the various leagues to aid preparations ahead of the 2020/2021 League Season which has been set to resume between September and October.

There are also provisions for the various national teams and support for professional players and coaches unions as well as referees, sportswriters and supporters clubs.

Referees Association will get $20,000 for operations while another $60,000 has been earmarked for referee’s development.

Also, the NFF disclosed that it has instructed its technical and development committee to liaise with the integrity office to submit a shortlist of candidates for the positions of technical director, head coaches of the U-20 and U-17 national women teams, the U-15 male national team, as well as candidates for the position of consultant on coaches training and development.

It also announced that it has approved that the reputable consulting firm contracted by the NFF should, as soon as possible, submit a shortlist of candidates for the positions of Head Coach of the Super Falcons, NFF Head of Women Football and Head of Compliance Unit and Chief Commercial Officer.

In a similar development, The Liberia Football Association (LFA) on 21 August 2020 began the distribution of its FIFA Covid-19 relief funds.

It followed the arrival of US$500,000 on 14 August and an approval by the executive committee at an emergency meeting on 20 August.

The executive committee also finalized on the additional payment of US$300,000 relief funds from the Confederation of African Football (CAF), which has not been transferred.

Each of the 12 first division clubs will receive a total payment of US$15,000.

The first payment of US$6,000 is now available.

The second payment of US$3,000 will be issued when CAF transfers its relief funds.

In the upper women’s division, each of the nine clubs will receive a total payment of US$14,000.

The second payment of US$2,333.34 will be issued when CAF transfers its relief funds.

The Covid-19 payment schedules, explanation notes on the women’s football development funds and the application forms for the relief funds for first, second and upper women’s divisions were sent to the 35 clubs.

The LFA is also distributing 20 footballs as part of the FIFA equipment solidarity funds to clubs in the first, second and women’s divisions.

The distribution of the remaining stakeholders, including sub-associations and sub-committees; third divisions and community leagues, will be published as soon as possible.