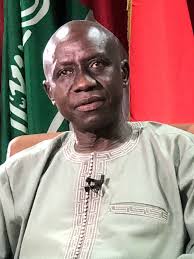 The secretariat on Friday took members of the National Assembly Select Committee on a conducted tour of government properties and the proposed construction sites of 20 new urban roads, which is likely to cost about US$50 million as effort to host the 2022 Islamic Summit in the country.

Yankuba Dibba, chief executive officer (CEO) of the secretariat, while briefing the NAMs on the said proposed new roads, confirmed the availability of funds intended to finance the roads construction for the summit, adding that the implementation stage of the first phase of the project has already started.

He added that the 22 kilometer Bertil Herding highway which stretches from the airport main junction to Sting Corner that forms as part of a separate road construction project for the summit is not included in the already secured funds for the construction of the 20 new urban roads.

“The Bertil Herding Highway which is a 22 kilometer road project from the airport to the Sting Corner is not part of the already secured 20 new urban roads to be constructed, because it is a separate budget of its own which we are working very hard to secure its entire funding by the end of the year.”

“The 20 new roads classified as P1 to P20 which is a 50 kilometer urban road project has already secured the funding of a US$50 million Saudi fund which is purposely designed to decongest the flow of traffic during and after the summit. So we have already got the money and the implementation has already started from the design stage to the consultation and finally to the construction stage which by next year will have the contractors to start the work,” he said.

He stated that the implementation stage of every phase of the road project will not only involve foreign contractors but Gambian companies as well in order to gain both the financial and technical benefit as local partners.

“We have insisted to have our Gambian companies also involved in the entire stages of the roads construction component to also gain financial and technical benefits of the project. Though they might not be in the same technical level compared to foreign companies, however, this we think will improve their standard as local firms,” he stated.

Ebrima Colley, project manager said both the P1 to P20 urban roads project will be fixed with street lights, drainage facilities, side walk, sewerage system and a garage to have a proper basic roads standard, adding that they are expected to have a life span of 20 to 25 years.

“We know people are eager to see bulldozers on the streets to commence work but we are also taking our time to make sure there is a proper consultation before we start the construction project. So hopefully by March next year bulldozers will be on the streets,” he assured.