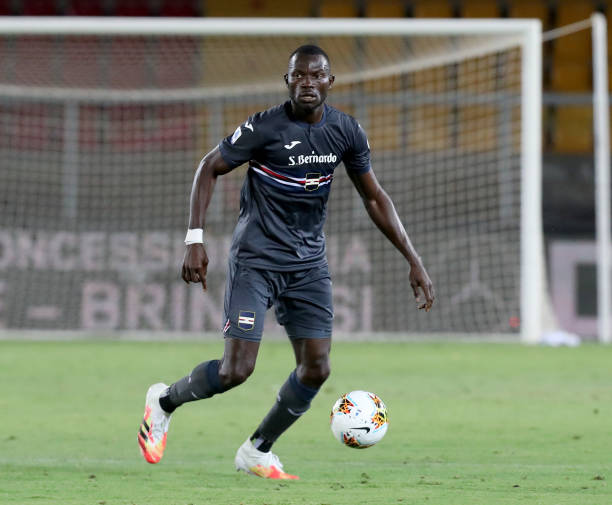 Colley and his club were fraying for survival in the Italian top flight league since the resumption of the country’s league campaign in June after coronavirus impeded league matches in March.

The draw saw Brescia demoted to the Italian second tier after finishing second-place from bottom in the table with 25 points in thirty-eight league matches.

In another development, Inter Milan Football Club on Saturday griped second-place from Gambian youngster Ebrima Colley’s Atalanta in the 2019-2020 Italian Serie A standings.

The giant Milan thumped Colley’s side 2-0 in their final league fixture to climb to second-place in the league table with 82 points.

Colley and his club will now switch their attend to their crunch 2019-2020 UEFA Champions League quarter-final clash with French giant Paris Saint-Germain set for later this month.

Meanwhile, Atalanta finished third-spot in the Italian Serie A standings with 78 points after thirty-eight league games.

Scorpion’s attacker, Ali Sowe has guided his Bulgarian side, CSKA Sofia to the Bulgarian cup final after scoring the second vital goal during his side’s 2-0 home win over Botev Plovdiv in the semifinal match played at Stadion Balgarska Armija last week Wednesday.

Scorpions attacker, Ebrima Colley provided a fine assist for Mario Pasalic to complete his hat-trick during Atalanta’s 6-2 thump over Brescia in their week thirty-two fixtures of the Italian Serie A played at the Gewiss Stadium on Tuesday.

Conduction of 2020 May Day Sports in doubt amid Coronavirus Pandemic

The 2020 May Day sports are in doubt amid Coronavirus outbreak in the country.

Afcon 2021: Scorpions coach says decision can be taken even without completing qualifiers

Real, GAF and Gamtel avid for league ties to resume after coronavirus outbreak

Coronavirus outbreak in The Gambia has spoiled the 2020 May Day Sports event. The annual occasion which observed 1 May of every year is cancelled this year as part of measures to curb the spread of COVID-19 in the country.

Gambian international, Musa Barrow continues his rich vein of goal scoring after netting the winner in a 3-2 win over Lecce in a game played at the Stadio Renato Dall’Ara on Sunday. The 21-year-old Scorpions striker also provided two assistants during the encounter.