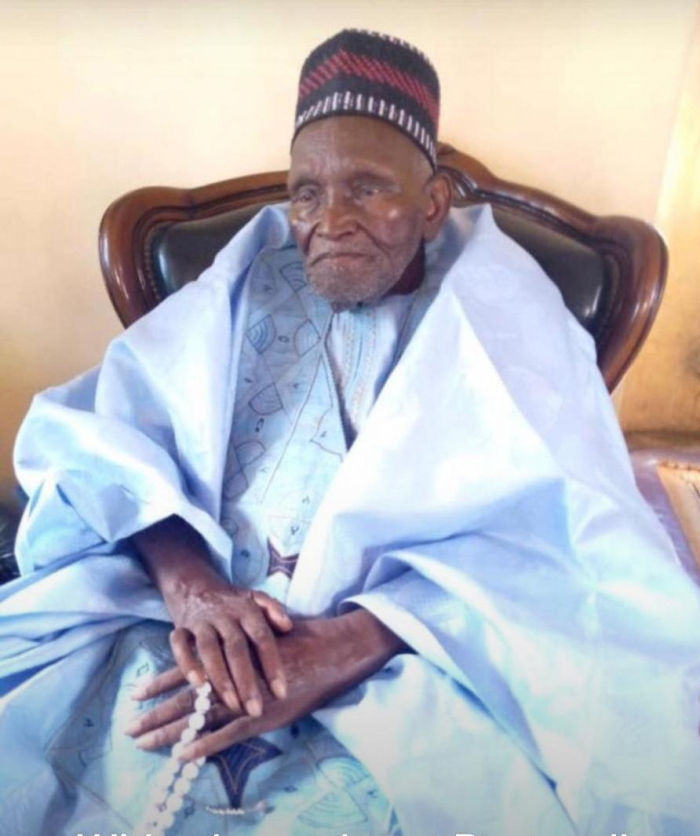 Alhajie Ba Yusupha defies any form of characterisation owing to his longevity, piety, magnanimity and righteousness. Not only was he an exemplary father, son, uncle, nephews and nieces, he was also a spiritual father to the entire Gambian population.

Owing to his unrivalled stature in Gambian society, he was constantly approached for decades by Gambians of all walks of life for counselling and guidance.

The Gambia Supreme Islamic Council which was established in 1992 by the late Alhaji Soriba Gassama, had to entreat Alhajie Ba Yusupha’s blessing to deserve nationwide credibility and legitimacy.

Majmouatu Rawdatul Majaalis has been no exception to this rule when it approached the patriarch for his moral support.

Majmouatu Rawdatul Majaalis and the entire Muslim Ummah in and outside the country implores Allah the Almighty to make Paradise Alhaji Ba Yusupha Darboe’s final abode.

May the late Ba Yusupha Darboe be among the righteous Muslims who will receive Prophet Muhammad (pbuh)’s intercession in the Hereafter and grant his family the fortitude and resilience to withstand the loss of their beloved father, husband, grandfather, son and uncle.