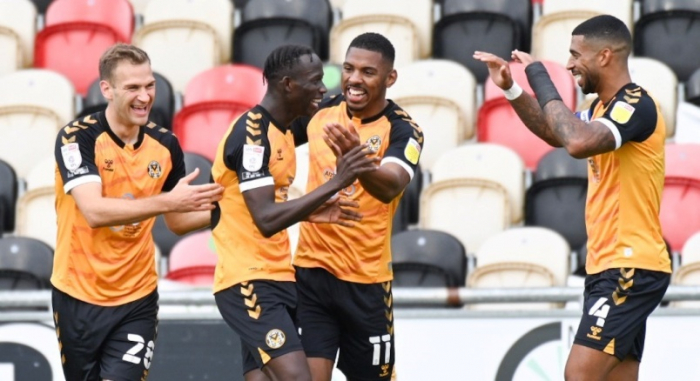 The 20-year-old scored the game’s only goal in the 25th minute of the first half to ensure his side maintains their position on the table.

Striker Janneh who is on loan from Bristol City scored his first goal of the season for the Fourth Division League side after five games.

The win has moved Newport County to second position with 13 points, levelled with Cambridge United.