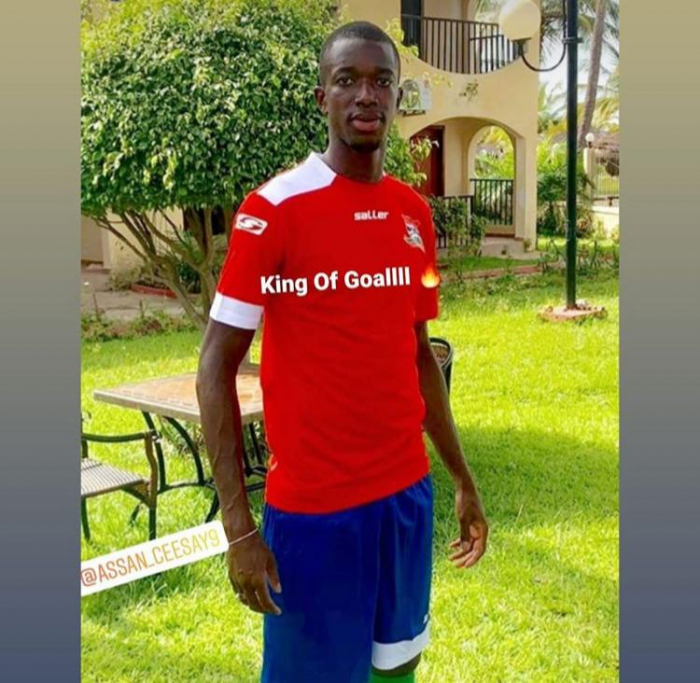 Coach Tom Sainfet and his charges are current preparing for the resumption of the 2021 Afcon qualifier’s for Cameroun 2021 which was announced last week.

The task of separating the two sides felt to striker Assan Ceesay with the lone goal in the 11th minutes of the second half when Musa Juwara failed to beat pass Congolese keeper Christoph Mafoumbi. But fumbled parry felt to incoming Assan Ceesay with a sweat strike that nestled in the top left of net.

The scorpions did themselves proud with stellar sublime performance witness by a few spectators due the current regulations surrounding public gathering in Portugal.

The strategic approach and discipline by Saintfeit charges displayed a certain level of maturity the young guns are coming to terms within this demanding period of our football.

It could have been a goals galore and the scoreline wold have been flattering if not all because of Mafoumbi in goal.

The earliest of chances felt to Assan Ceesay in the 6th minute when a simple strong tap would have done the earlier damage.

More of such followed with Ebrima Colley, Musa Juwara and Sulayman Marreh all having chances to register their names on the scoresheet.

A happy and proud coach Tom saintfeit, was full of praises for his charges at the end of the game. “I am very proud of the team. We were in control and we deserve this victory. We are a very strong team, we are number one in qualification and that’s the reason for our great performance tonight”.

With the inclusion of three new debutants due in his starting eleven, coach Saintfiet made it clear that players must now fight and compete for their positions in his squad.

Debutant Goalkeeper Baboucarr Gaye who plays his club football in Germany with Rot Weiss stepped in for the absent Modou Jobe “Toldo” and recorded a clean sheet.

Perhaps the revelation of the night was Noah Sonko Sundberg from Swedish top flight Ostrasund, who had a sterling performance in his defensive right back position.

Musa Juwara, Ebrima Colley, Sainey Njie all secured their debut with a win to savour.

The Gambia will take on Guinea Conakry on Tuesday 13th October at the Estadio Algarve at 5pm in the final preparatory friendly before playing Gabon in the double header scheduled for November 12th and 16th.

The Gambia currently leads group D in this year Afcon qualifiers with 4 points after two matches.