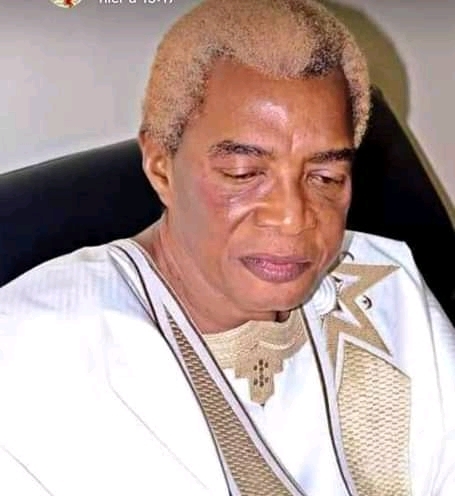 The delegation from Banjul this year was called Khitmatoul Karim under the leadership of Jewrin Abdoulie Jobe and their President Alhagie Mbye.

Addressing the delegation from The Gambia during the recent magal which was broadcast live on SENT TV, Sering Abdou Karim Mbacke advised the Gambia delegation to be hard working and law abiding.

He quoted a historical speech from his father, Sering Fallou Mbacke, who was the second khalipha of Sering Touba, who said “that even the white man need to be given respect if their engagements is helpful to nation building.”

He extended his warmest greeting to President Adama Barrow and the government of The Gambia, while assuring a possible visit by his followers to The Gambia after covid-19.

Te khimatoul Karim, a group of Talibs (students) is said to have more than 2,700 registered followers as disclosed by the leader of the group, Jewrin Abdoulie Jobe .

The president of the Khitmatoul Karim, Gambian delegation, Alhagie Mbye, said his advice to the delegation was to adhere to the advice of the Grand Marabout Sering Abdou Karim  Mbacke, who he said is a renowned marabout and highly respected all over in the subregion.

He said the doctrine of Mourisdisms “jeff” is to do service to humanity, worship Allah, be disciplined and practice righteousness.

“This goes with contributing our quota to national building in whatever form.”