Mr. Bai Lamin Jobe, The Minister for Transport, Works and Infrastructure has described the launching of the Nuimi Hakalang road project as a day of reckoning and jubilation.

Writing on his official facebook page on Sunday, Mr. Jobe revealed that by the time this government finishes its term of office, over 600 kilometers of roads, rural and urban, would have been constructed throughout the country in 5years, compared to 800 kilometers in 60 years by previous governments, including past colonial administrations.

“For bridges, the present government would have completed 3 major bridges- (Senegambia, Basse and Fatoto) of over 2200 meters in 5 years, compared to 4 bridges (Denton, Brumang, Pakaliba and Kerewan) of just 500 meters in over 60 years by previous governments,” he wrote.

According to Minister Jobe, the Hakalang road, which is about 88 kilometers long, is fully funded by the government just like the case of Sami and Wuli, where a large portion of that part of the country were neglected and abandoned until when the 122 kilometers of the Lamin Koto to Passamas road was constructed and opened in February, this year.
“Hakalang area is neglected and abandoned, even though it is the home of over 70,000 Gambians, relying on farming, fishing and tourism. They are totally constrained by lack of all-seasons accessibility to markets, schools, health facilities, and to communities. The deplorable roads in Hakalang will now be constructed for all seasons in 24months, which will provide tremendous relief and opportunities to the Hakalang communities,” he said. 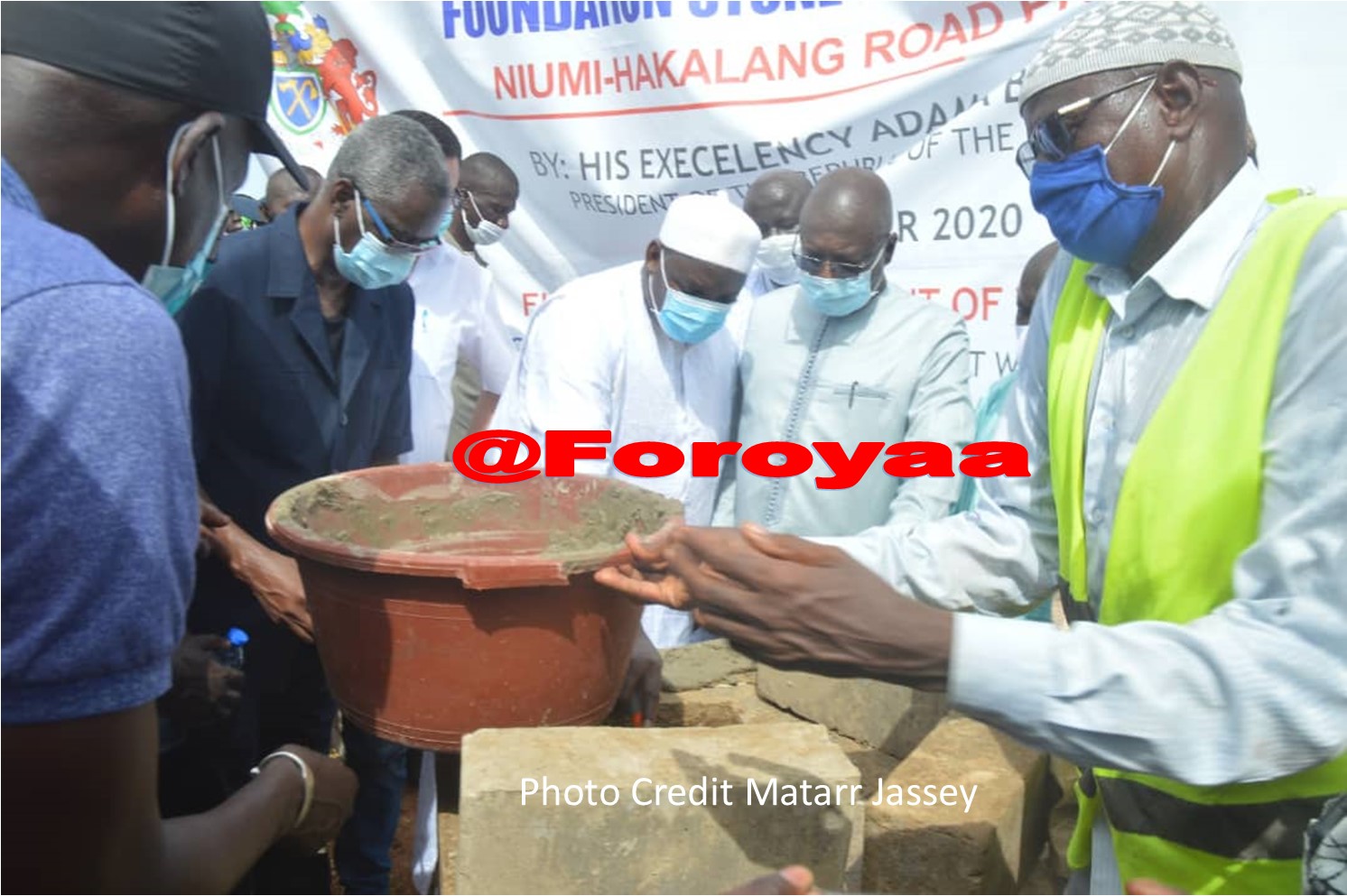 In a separate but related development, the National Roads Authority (NRA), has also recently completed the construction of a 9.5 kilometers gravel road for the people of Jareng in the Central River Region.

The road has also connected other satellite villages such as Kerr Katim, Kerr Malema, Sareh Anex and Tabananeh near the border with Senegal. The completion of this road is expected to promote trade and easy movement of people in that part of rural Gambia.

In a recent visit to these different projects under constructions such as roads, bridges and markets in the hinterland of the country, Bakary Manneh, a Senior Road Superintendent, with The National Roads Authority expressed his satisfaction at the rate of which the projects are ongoing.

Adding that, his institution would endeavor to bring more infrastructural development in rural Gambia.
Commenting on the $82million Basse, Fatoto bridges and roads under construction by the Chinese, Mr. Manneh explained that the Chinese are building four bridges in The Upper River Region (CRR), of the country.

“The bridges in Basse and Fatoto are big bridges, while the one in Chamoi and Suduwol are small ones. When completed, The Basse and Fatoto bridges would connect the southern and northern part of The Gambia. This will increase the volume of trade in the region and beyond,” he added.

According to him, apart from the bridges under construction in CRR, the Chinese are also constructing the Basse to Fatoto road, which is about 51 kilometers long.
When completed sometime around next year, the road would ease those difficult moments for many road users in that part of the country.

He added that staff at the Senegambia bridge are also undergoing training in order to properly operate the toll booths, once full-time operation starts by next month.
As that part of the country is known for its booming trading activities, which is the Yelli Tenda / Bamba Tenda, now called The Senegambia, two new large markets were also built for traders.
One is built in Jarra Soma and the other one is built in Farafenni. The two structures are almost completed and would be opened soon to the people of that region and beyond.

Meanwhile, the foundation stone for the construction of offices and residence for the Governor of The North Bank Region was on Saturday26th September, 2020 done by The President of The Republic, Adama Barrow.

In attendance were cabinet Ministers, National Assembly Members, senior government officials and a cross section of the people of north bank.

The project, which is over 24 million dalasis, is expected to be completed in 12 months’ time.