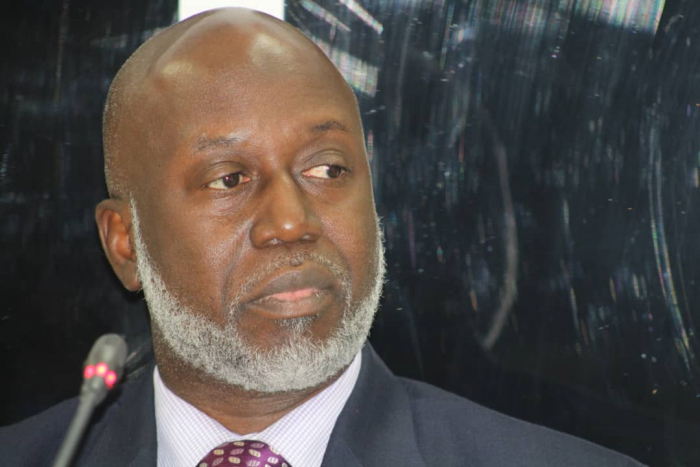 The Bar Association explained the series of illegalities that occurred in the Jammeh 22-year rule.

As president of the Gambia Bar Association, he said he was in the forefront of the tussles between the executive and the association.

He recollected that Yahya Jammeh as investigator in one of the cases testified at the Kanifing Magistrates’ Court on a complaint that the former regime was corrupt.

“Jammeh while in a dock had a pistol with him but then Magistrate Sulayman Batchilly asked him to go out and remove his pistol but Jammeh said it was part of his uniform and refused to adhere to the order given but was later consoled by Fatou Bom Bensouda.”

However, the case would continue after the 1994 Coup and he (Jammeh) came back to testify and the whole court was full with soldiers armed with guns and Jammeh was in utter defiance to remove his pistol.

Tambedou said the Bar Association condemned the coup, which did not go down well with Jammeh, saying that was one of the reasons he waged a war against lawyers.

“As a result of this experience, Jammeh termed lawyers as enemies and Magistrate Sulayman Batchilly was the first victim and then Borry Touray, B.Y. Camara and Yukasseh Darboe.”

The witness said the former President considered the Bar as its own enemy; adding that the leader of the main opposition, Ousainou Darboe, a lawyer also contributed to Jammeh’s perceived bias towards lawyers.

According to the witness, when he became the President of the Bar Association, the problems between them and Jammeh escalated and so many lawyers were arrested and judicial officials were sacked.

He alleged that Justice Paul was one of the members of the bench doing the bidding for the executive and as a result, they decided to boycott his court. He added that they also further wrote to the Nigerian Bar Association, complaining about his behaviour.

On the issue of mercenary judges, he admitted that these were the people that were treated with dignity and privileges to the extent they forgot about the ethics of the legal profession.

“There was so much distrust between the government and the lawyers?,” Lead Counsel Essa Faal quizzed.

However, Tambedou said he would not say the government but Yahya Jammeh because the police and the NIA even invited lawyers to question them about their work.

The veteran lawyer recollected that he was summoned both at the NIA and police concerning a judgement he obtained in favour of Guarantee Trust Bank against Baba Jobe and the Youth Development Enterprise.

“There was a time the Bar didn’t have an office of their own, instead would have their meetings at the courthouse. There was a time we were to have a meeting and I saw some plain-clothed officers, whom I recognised as two NIA officers. My friend Lamin Jorbateh informed me not to go ahead with the meeting because we may be arrested.”

On whether the Commonwealth judges were more independent, the witness agreed and confirmed that they work with dignity.

He said there was no independence of the judiciary and was against the Bar.

Dwelling on the judiciary corruption under former Chief Justice Emmanuel Agim, Tambedou said the then chief justice enjoyed the country to an extent that he wanted not to return to his country. He added that Agim was very close to the former Attorney General and the Solicitor General.

On the issue of Dawda Bojang, he said he was killed while his appeal was pending, adding that all those who participated in the killing committed murder.

“Jammeh had enablers to the judiciary and the Ministry of Justice who would help with his things.”