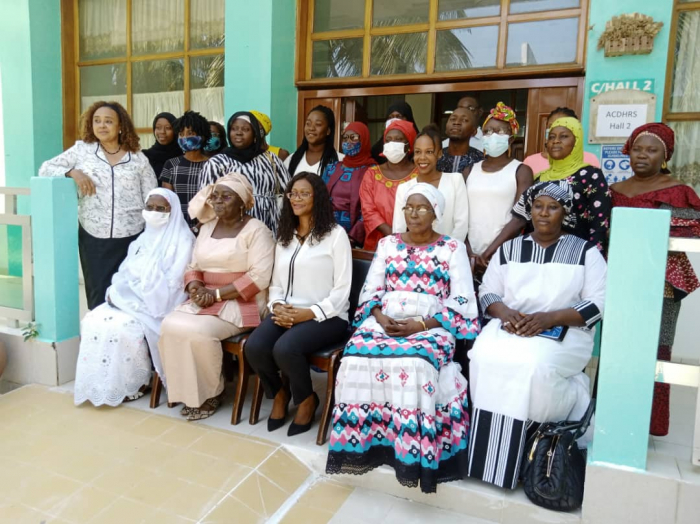 “In this regard, the Resolution 1325 is essential to mobilise strategic actions for equitable and sustainable interventions in peace building processes by promoting their participation, conflict prevention, protection against gender-based violence and the integration of their needs and priorities in recovery and relief interventions.”

Mrs. Thiam was speaking yesterday at a local hotel in Senegambia during the opening of two days training for women parliamentarians and other women actors on the United Nation Security Council Resolution 1325.

The training was organised by the African Centre for Democracy and Human Rights Studies with funding from African Women’s Development Fund.

The training is part of the activities from a project by the PFPC as part of the Women’s Forum to build the capacity of women parliamentarians in Senegal, The Gambia and Guinea-Bissau on the UN Security Council Resolution 1325, using a global approach to ensure better support for peace building.

The ceremony also witnessed the presentation of a ‘White Paper’ to Gambians women actors on the Casamance conflict. The White Paper is intended to be a tool for raising awareness among stakeholders of the reality of the conflict in Casamance.

The resolution, she added, is indeed at the heart of efforts to help women engage in peace processes in a meaningful way.

The south of Senegal, Casamance, she continued, has suffered 38 long years from a fratricidal conflict which has destroyed the social fabric, the economy, the environment, among other sectors. “A conflict that slows down the use and sustainable exploitation of the rich and immense agro-ecological potential of this region described as the granary of Senegal.”

“Currently, some major challenges are facing us for a definitive return of peace and the effectiveness of 1325 Resolution in the sub-region, which are the participation of women in peace building initiatives (negotiations) not as observers but as full participants. In the context of the resolution of the conflict in Casamance, it is necessary to integrate provisions making room for women in the negotiations as well as the modalities and mechanisms of application of their effective participation among others.

For her part, Ndey Njie, Gender Action Team (GAP) member, said the training was part of activities of “strengthening women’s participation for the consolidation of peace in Casamance and the stability of the sub-region” project funded by the African Women’s Development Fund (AWDF).

Women, she further added, remain sidelined at all levels of decision making especially in politics and peace building as their economic contribution continues to be shaded over in national statistics and assessment.

“The male element determines, in most cases, how our societies are run and organised and as a result disclaim or forego the important role women contribute in consensus building, not to mention peace building.”

Neneh Touray, National representative for the working group on Women, Youth, Peace and Security for West Africa and the Sahel, Gambian Chapter, claimed that few women in The Gambia have managed to move up the political ladder and participate in decision making.

To exercise their rights, she explained, women need to understand the political process and recognise their value as an influential voting bloc. Also, for women’s issues to be given adequate attention, women must be represented in political bodies, she added.

“Women candidates for office often face difficult hurdles such as limited capacities of the process and campaign skills as well as discrimination by the party selection committees of their party,” she said, claiming that providing them with the necessary information and skills to become effective candidates and sensitising their party selection committee members on the need for women’s participation, can help them to build a support base, especially among women.”