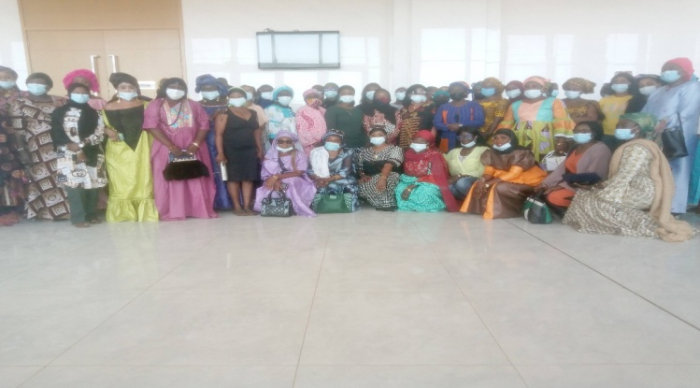 The objective behind the process is for The Gambia to uphold its international obligation to implement through legislation, the commitments enshrined in both the CEDAW and the Maputo Protocols, in ensuring that women enjoy genuine de facto equality with men at all levels of decision making, including representation at the National Assembly.

Janet R. Sallah-Njie, the consultant of the process honoured to associate with the initiative to put in place the appropriate mechanism through legislation, to accelerate genuine de facto equality between men and women in the political arena, especially the representation at the parliament.

“The government in the National Development Plan of (2018-2020) committed to delivering “good governance and accountability, social cohesion, and national reconciliation and a revitalised and transformed economy for the wellbeing of all Gambians”. In recognition of the fact that gender equality and women’s empowerment are still major challenges in Gambian society, the NDP also seeks to empower Gambian women to achieve their full potential as a key driver of the Plan, in line with the strategic objectives of the National Gender Policy (2010-2020).”

She further explained that despite the significant strides and changes in social equality policies and legislation, women remain underrepresented at all levels of decision-making in The Gambia, saying that is particularly evident in the political sphere. She added that the underrepresentation is due to the cultural bias that favours men, and inhibit women’s participation in the political arena.

Tabu Njie Sarr, CSOs, Gender Platform, explained that the civic society gender platform is an advocacy group comprising women’s rights organisations and individuals, saying it was established to provide support in the transitional justice programme to advocate for gender justice.

“The platform considered participation and development as fundamental human rights of the citizen, particularly women and girls and people living with a disability. The state has the duty to promote it and fulfill it.”

Hon. Fatoumata Touma Njai, the National Assembly for Banjul South, thanked all who participated in the process, affirming that the idea started in December between IRI and her. She said the need can only be implemented in next elections. She called on both men and women to support the bill and adopt it as their own.

The bill has six clauses that seek to increase the composition of the National Assembly to cater for reserved seats for women and persons with disabilities, as well seek to impose an obligation on all political parties to promote gender equality in the selection of candidates to contest for National Assembly elections.