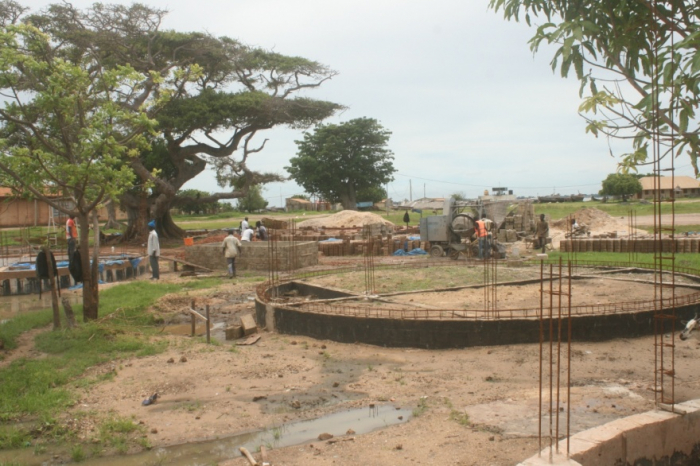 The under construction resort and eco lodges are part of product development strategies meant to promote community based and domestic tourisms in the country.

According to the Tourism and Culture minister, the construction of those lodges and resort is with expressed intention “to take tourism beyond Banjul and Serrekunda, KMC and Brikama but to every part of the country,” as responsible tourism demands.

Construction of D. K. Jawara Resort was born out of the partnership between the Gambia Tourism Board (GTBoard) and National Centre for Arts and Culture (NCAC) to promote domestic and heritage tourism in destination Gambia.

Meanwhile, during the ceremony, Minister Bah informed residents of the community that the construction is “by making sure that the policies and programmes of the Adama Barrow government, that is, taking tourism beyond Banjul and Serekunda to other parts of The Gambia becomes a reality and by and large, promoting domestic tourism infrastructure must be put in place.”

Aba Hydara, a resident of Barra who is also former secretary general of the Village Development Committee (VDC) and also the head of Fort Bullen Heritage Festival, applauded Ministry of Tourism and Culture (MoTC) for this new development in Barra Community.

Mr. Hydara highlighted some of the importance of the under construction resort to the community, saying it will avail residents enormous opportunities.

Among the opportunities, he said it will address the issue of unemployment, create direct and indirect job opportunities, create other facilities such as skills centers, youth centre, and modern markets.

He appealed to the relevant authorities through the Ministry of Tourism and Culture to help empower the youth of Barra to discourage them going back way. “It is hardship and lack of creativity that make some of the youth embark on the perilous journey,” he lamented.

However, some of the residents that are looking forward to the completion of the resort called on government to make the road to both the hotel under construction and Fort Bullen accessible.

Presently, the condition of the road in the rainy season is deplorable which makes it difficult to reach both the hotel and the heritage sites.

Meanwhile, efforts made to reach Mr. Mendy, managing director of Lerr Group to sound his opinion to know if his Construction Company will be able to meet the 18 months target for the completion of the D.K. Jawara Resort proved abortive.